Are people giving to the HSUS because they are idiots? Or are they being duped?

I got in a discussion on Twitter tonight about Humane Society of the United States (HSUS) fundraising practices. I believe many people think the dollars they give to the HSUS provide dog and cat care.

Ag groups including Farm Bureau have been accused lately of beating this drum because we want to get them out of the legislative arena. Truth is I like a good debate.

During this discussion, I was told that a person "would have to be an idiot" to believe donations would be earmarked for animal care and that "no one could provide one fact" that the HSUS has done anything wrong".

On Twitter, I wasn’t arguing that HSUS had done anything wrong. Instead I was arguing that many people give mistakenly thinking they’re giving for animal care. Reports show that less than ½ of 1% of funds raised goes to grants for small (local) animal shelters.

So in setting out to “prove” that people do get confused, I have found what is in my opinion, real proof that HSUS has done things that mislead people:

From their fundraising and web pages they list these activities prominently:
And there are a lot of reports out there saying the show up to shoot footage that they can raise more money with and then leave town, sharing none of that money with the local shelters who have to care for those animals.


And on an “ad” on one of their pages you find this:

“When you join our fight as a monthly supporter or give a one-time gift of $5 or more, you’ll receive a story and a photo of an animal whose life was saved by generous donations like yours.”

Now realize it doesn't say that those funds go for care and feeding of the animal pictured, but how many people jump to that conclusion?

When you provide monthly sponsorship of a child in a developing country you also get a photo. And you know those funds are going to support the person pictured. Subtle twist that I don’t think most people--even non-idiots--catch on to.

By having the pet section at the top of the list of topics on their website, I believe they imply that pets are their highest priority. And they have a large sections on pet protection and animal issues.  Both talk about pets.

On the how is my donation used? They call out:
Most donors expect highlighted activities to be supported by funds amount to more than pennies on the dollar.

So far a lot of smoke and mirrors. The waters are murky.  In what I’ve listed above, nothing has been said explicitly, but then there is Faye.

The blog world is full of people who thought they gave money for Faye’s upkeep only to find out that the HSUS didn’t actually have Faye in their possession.


How are your donations helping them thrive if those dollars aren’t going to care? I recognize that it doesn’t say they are raising money for Faye specifically. I cut them some slack if they only say “survive.” But to me, saying that your donation “will help animals thrive” means those funds are going to animal care. I think it means that to a lot of non-idiots.

The people providing care for these dogs pleaded with people who received the letter to give directly to them instead: “Please consider donating to the other groups who ACTUALLY HAVE IN THEIR POSSESSION and are caring for the dogs HSUS is trying to make money off of, including (but not limited to): Our Pack, Inc.

They certainly think people are giving to the HSUS believing that dollars flow to the animals featured in those campaigns. It should be noted that after taking hits about this deceptive campaign, HSUS did finally agree to donate some dollars for her care. 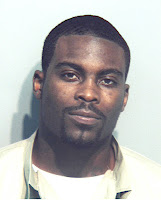 There was a flyer asking for money to care for Michael Vick’s dogs. Rest of the story is that the HSUS was raising money for dogs they recommended be put down because they deemed they could not be rehabilitated.

After it was later revealed that the dogs were not in HSUS's care and that HSUS recommendation was for the dogs to be euthanized, the donation pitch was altered to remove references to caring for Vick's dogs.

Other bloggers and animal lovers--call the HSUS out for playing on emotions to raise money that really goes for salaries, more fundraising and lobbying.
Why is anyone listening to the HSUS?
Rescues broke-HSUS are millionaires
HSUS fund raising pitch raises hackles

How can you prove that people think they are giving for animal care?  I certainly can’t prove what is in the hearts or minds of people, but here are people of all walks of life complaining about these practices.  There's plenty more out there, but I'm sure that some will say that all of this is no proof at all.

So what do you think?

Are people who give money to the HSUS believing their dollars go to animal care idiots who don’t know any better?  Or are these people being duped?  Do you need more proof?

I usually don’t write a post for just one person, but @Ellie_Moondog, this one was for you.
Posted by Daryl and Jody Donohue at 10:26 PM