Going green and becoming a vegan could soon be mandatory in Cambridge, Mass.

The city’s Climate Congress is sorting through recommendations that will be submitted to the City Council to reduce green house gas emissions in the city which is home to Harvard and the Massachusetts Institute of Technology (MIT). 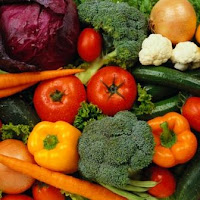 Some of the proposals put forth by their Climate Congress include:
• Elimination curb side parking and “congestion pricing” to reduce car travel
• Some sort of a carbon tax
• Taxes on plastic and paper bags.
• Ban production and distribution of bottled water
• And coercive taxes to promote vegetarianism and veganism, complete with "Meatless or Vegan Mondays."

How enacting these restrictions, punitive taxes and tactics in one city will solve a “global crisis” is beyond me.

The bright minds who live there have decided that what they could do is a drop in the bucket. But they are determined to lead by example since the rest of the world isn’t doing its share.

There is also a proposal to institute a tax or tariff on the purchase of non-regional food. Maybe that means they’ll be taxing tofu and soy milk.

This time of year, I wonder how much food is actually raised in that region.

The population of the Boston Metropolitan area is approximately 4.4 million people. Farm Bureau says the average farm feeds 155 people, meaning that it would take 28,387 farmers to feed that city. There are just over 6,000 farms in all of Massachusetts.

I’m sure those scientists have higher IQs and much more book learning than I do, so I’ll give them the benefit of the doubt and assume they have some fancy equation and technology that can get their regional farms to produce what they need to feed the region.

My math says the Boston area including Cambridge goes hungry if they have to rely on the local farms to feed them. I think even a fifth grader can come up with that conclusion.

There is a proposal to invest in local greenhouses to grow their vegetarian/vegan food supply, but the scientists are arguing now about whether it’s better for the environment to go that route or continue to ship food in from other locations.

The scientists are also arguing about whether they can get the public to comply and how much any of the taxes could hurt development and commerce in the community.

Now I don’t pretend to be smarter than the guys at MIT and Harvard, but I assure you eliminating parking spots and taxing people for driving will hurt business.

What happens next? The Commission will meet the first week of March to determine what to recommend to the City Council. After that who knows, but I am afraid their so-called book sense will trounce common sense.
Posted by Daryl and Jody Donohue at 9:02 PM