Not in my back yard 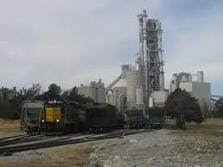 Would you conduct some research?

Call some experts on soil, water and air quality?
Check out reports compiled by that company, universities, or government agencies—including many independent reports?


Would you tour the plant and ask about what’s going on there and what controls they have in place to make sure your kids are well?
Would you make sure you knew the difference between hazardous and toxic waste?

Or would you call an attorney?

Calling an attorney to investigate is just what some residents of Chanute, Kan. did recently when they had concerns about Ash Grove Cement Company’s facility there. The community meeting with that attorney, Michael Hodges was held Tuesday night and it drew quite a crowd.

Hundreds of people were there to support the facility’s safety record and attention to complying with state and federal regulations. It’s a plant that incinerates hazardous waste not toxic waste, but at least one of the people who contacted the attorney didn’t know the difference.  Of the people who showed up for the meeting only a handful--I counted about a dozen--expressed concern.

The concerned citizens didn’t seem to know what really goes on at the plant.  It also appeared that they didn't know any studies existed that would show that health problems are no more prevalent in the community than elsewhere in the region.
Besides calling Mr. Hodges, my sources tell me that they were calling area media outlets saying that Erin Brockovich was going to be at the meeting. (If you were there and saw a lady with a shirt on that showed some cleavage, it was me, not her. But I would be happy to send you a signed photo. Just send $5 and a SASE.)

What was the motive in getting this group together?

Maybe they really are concerned about health issues? But if that’s the case, start with your doctor not the attorney. Do some reading. Lots of information is available online.

It didn’t seem difficult to me to determine the attorney’s motivation. He talked at length about how he is in business to make money. And at the end of the meeting his words were telling. He talked about how they weren’t going to accomplish anything tonight including a settlement with Ash Grove. Watch the video and tell me what his motivation is.

He also said that he hadn’t read any reports prior to the meeting. HMMMMM? Why would you make a 2 hour drive to investigate a case you might potentially take on without doing any research before making that trip? HMMMMM?


There is a meeting tonight (Oct. 27th) with the Kansas Dept. of Health and Environment where residents with health concerns can ask questions. If you live in the area and have concerns, I encourage you to go.
Want to read more:

Want to tell the attorney how you feel about this? He said he welcomed emails at this event.
A meeting like this seems indicative of the society we’re living in. We’re sue happy. We want to make a quick buck. We think corporations are evil.

I don’t like any of those things. I especially don’t like them in my own back yard.